Maldon to Dombarton Rail Link: taking the next step 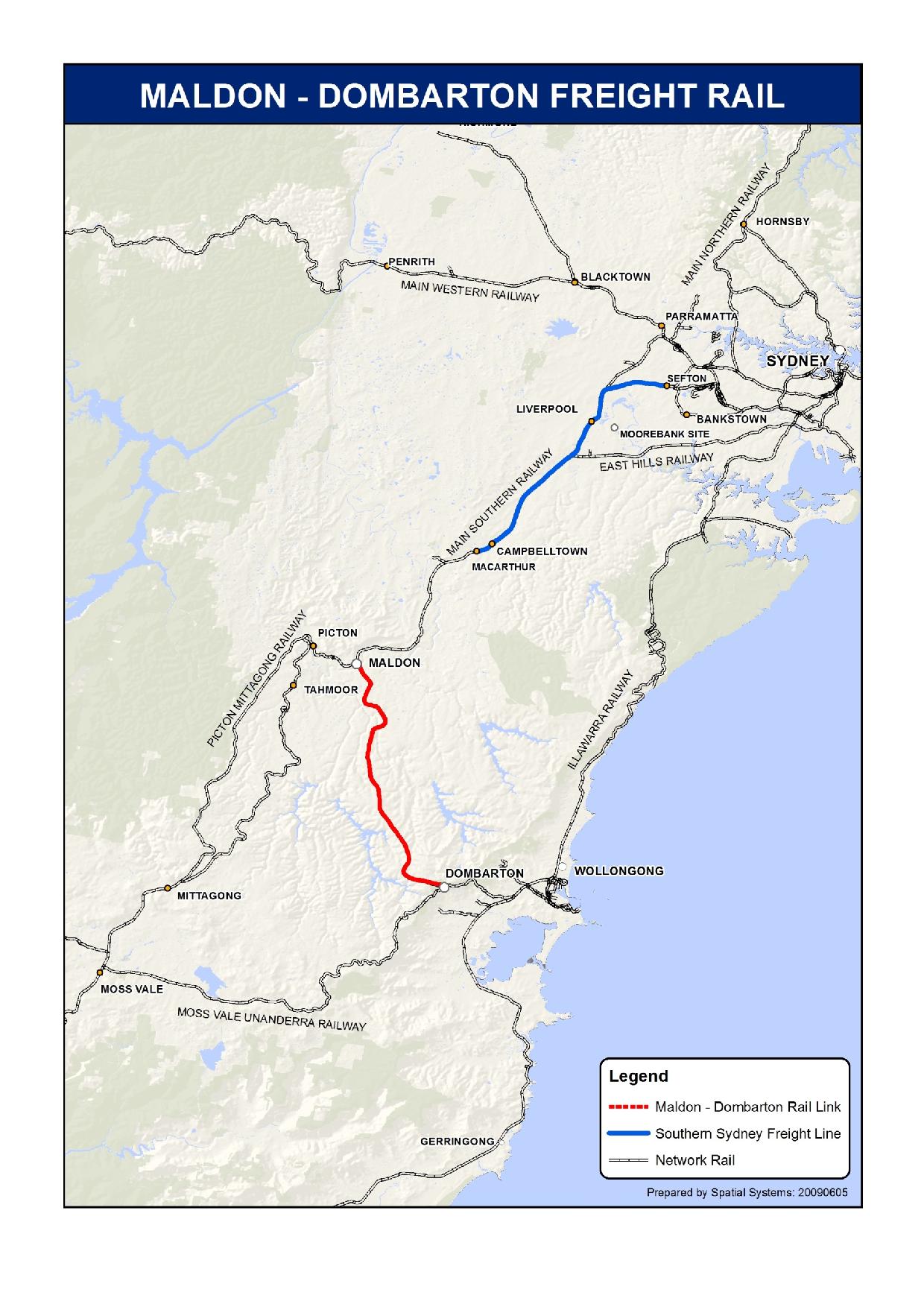 Work will begin soon on getting the Maldon to Dombarton Rail Link project ‘shovel ready’ ahead of its possible inclusion in Federal Labor’s next multibillion dollar road and rail construction program.

Federal Infrastructure and Transport Minister Anthony Albanese said approval had been given for the release of the $25.5 million needed to complete the planning and detailed design work, with these pre-construction activities to be undertaken by Transport for NSW.

“In line with the commitment given by the Prime Minister late last year, we are determined to progress this infrastructure project and cement the Illawarra’s status as one of our nation’s most important industrial powerhouses,” said Mr Albanese.

“When it comes to infrastructure, Federal Labor means and does what it says.

“What’s more, the progress of recent years after more than two decades of inaction is a tribute to the local community’s success at keeping the vision alive as well as the tireless lobbying efforts of their elected representatives, Sharon Bird and Stephen Jones.”

The preconstruction activities are expected to be completed within the next two years.  The project involves laying 35 kilometres of standard gauge track connecting Port Kembla directly to the Main North South Line via Dombarton.  It would also include two passing loops, bridges over the Nepean and Cordeaux Rivers and one of Australia’s longest tunnels (see attached map).

Cunningham MP Sharon Bird said as well as completing the detailed planning and design work, the additional funding will also be used to finalise a realistic construction timetable and cost estimate for the project.

“First mooted in 1979 and then shelved in 1988 by the former Greiner Liberal Government, the local community’s strong support for the Maldon to Dombarton Rail Link has never waived.  They know that only Federal Labor will get the job done,” said Ms Bird.

Throsby MP Stephen Jones said news that funding had been approved will no doubt be warmly welcomed right across the region.

“It is vital that the momentum towards our ultimate destination be maintained.  Without a doubt this new rail line would support our region’s continued growth and development, not just for the next three years but for the next three decades,” said Mr Jones.

Since being elected in late 2007, the Federal Labor Government has committed almost $30 million to progress the Maldon to Dombarton Rail Link project, part of a ten-fold increase in investment in the nation’s rail infrastructure.